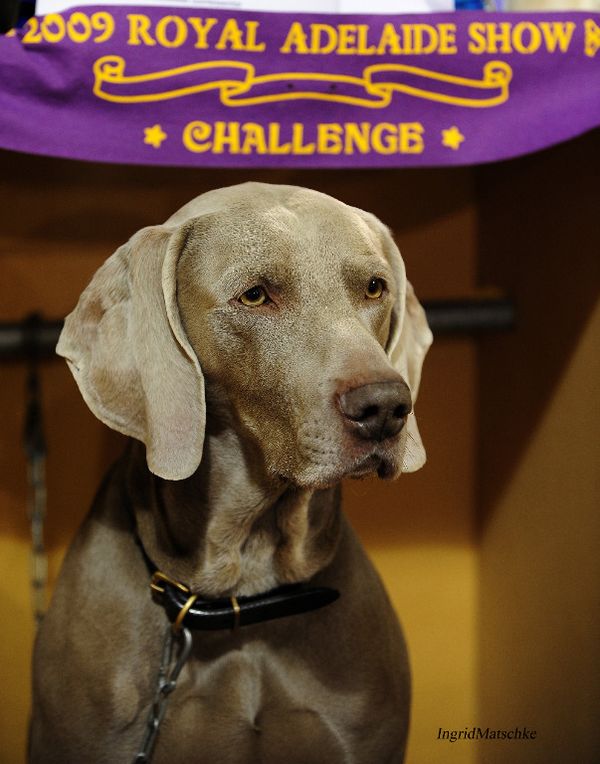 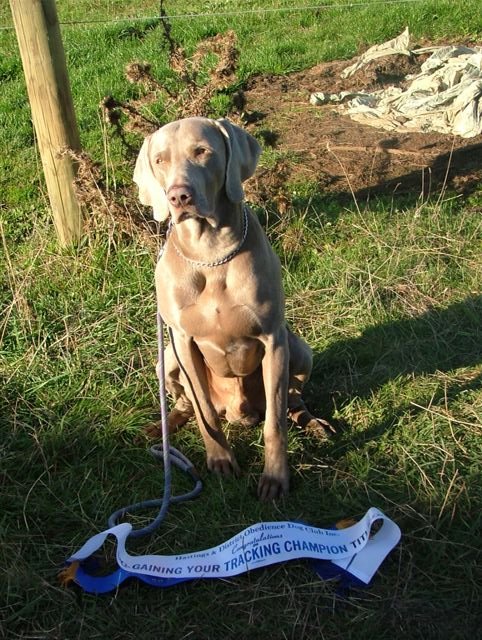 Riggs has a remarkable likeness to his paternal Grandfather - Ch. Jujondy Crazy Horse. At times when you see him standing outside the family room window you would swear it is 'Indi' standing there.  We were extremely lucky after Indi died that Anna had decided that her "Indi" daughter was to be mated to Gr. Ch. Waldwiese No Doubt About It (Lois & Claire's  "Vader").  After losing Indi we really didn't have a great deal of interest in purchasing another dog, however, some things happen for a reason.  Liz was in Adelaide for Adelaide Royal and Anna was trying to pick names for the 'Q' litter.  Not paying a great deal of attention to the pedigrees  on show day Liz just helped Anna out with some crazy "Q" names (oh why did she suggest Quintessential?) Driving back to Melbourne with Baillie, Liz began to work out the pedigree for this litter in her mind, and by the time she was half way home she realized that this litter was actually a step closer to what she hoped to achieve by mating Indi to Baillie.


The following week was the puppy picnic day.  That night Lois rang Liz and told her there was an extremely sound puppy in the litter, in fact he was too good to let go and did Liz want the puppy. With much deliberation and arguing with John (he really wasn't over Indi dying) the puppy was purchased.  Riggs arrived the following week when Lois & Claire came over for the Royal Melbourne Show - trust is a wonderful thing to have in your friends - Lois, Claire and the late Jill Townley had chosen this puppy - Liz had only seen 1 photo of the dog.  Liz & Nic went to the Royal with just Baillie and came home with Baillie and the nameless 'Quintessential' - which means "of the purest form".  After much deliberation it was decided by Liz & Nic that the call name chosen had to relate to something Crazy, considering the mother and grandfather's names - ah, why not after Mel Gibson in Lethal Weapon? He was as crazy as they come! So 'Riggs' was it.

Young Riggs went reasonably well in the show ring, and shown sparingly easily gained his Championship Title with several group prizes thrown in for good measure.  We really could have spent more time at shows with Riggs, but for most of 2005, after Baillie had become ill from the grass seed, we just never seemed to get to shows - as we were so busy trying to make Baillie well.

Riggs with Claire (Waldwiese Kennels) 2007
It has only been in the past 18 months that Riggs has had the attention he deserves. He has developed a real liking for tracking, gaining his Tracking Qualification Certificate and one pass to T.D. in 2006. He gained his track 2 and T.D. title at the end of May, 2007 (on the morning after Tiki was born).  Before the end of the season he gained tracks 3,4 & 5 - gaining TDX (track 5) at the German Shepherd Club trial in mid August. Unfortunately he didn't pass track 6 so we will back  again trying for our tracking championship and hopefully our Dual title in 2008.

On 2nd June, 2008, Riggs was successful in gaining his Track 6.  This gave him his Tracking Title and made him a Dual Champion.

Watch out for the next instalment in Riggs' activities - obedience, field or retrieving - which one will it be??  It's the new Tracking Search Detection discipline only available to dogs that have already gained their Tracking Championship.

After near 12 months out of the show ring, Riggs has excelled himself with a 1st in the Australian Bred Dog Class at the Weimaraner Club of South Australia Speciality Show on Sunday 6th September. The next day at Adelaide Royal Show - 7-9-09, Riggle was just fabulous on the move, leading way out in front and showing at his best for quite some time, winning not only the Australian Bred Dog Class but also Dog Challenge under Mr. Jevons (Canada).

Well Riggs is now a Tracking Search Dog gaining his title with style under Victorian Judge: Kim Houlden. Riggs was graded excellent on his TSD3 - the only excellent for the weekend. We are very proud of Riggs who is the first Waldwiese TSD dog. 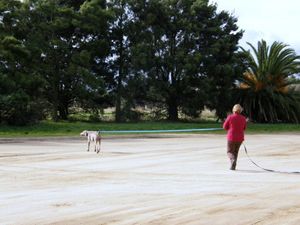 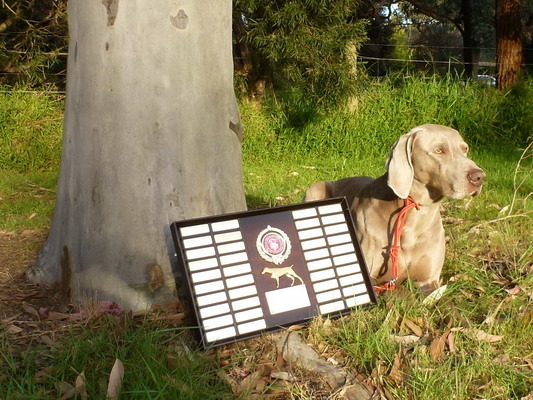 Winner of Weimaraner Club of Victoria "Silversheen Tracking Trophy" in 2010
(This is the second time he has won this trophy, this time with Tracking Search Dog Results)

July, 2010
Riggs gains his TSD Test 4 with a grading of 'Good' under judge Lynn Klekka at Warrigal Obedience Dog Club. 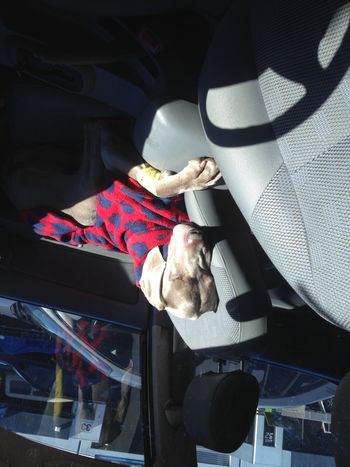 Riggs age 9.75 years resting after another op on his poor leg. 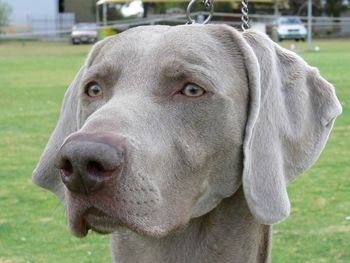 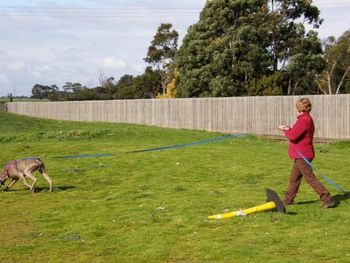 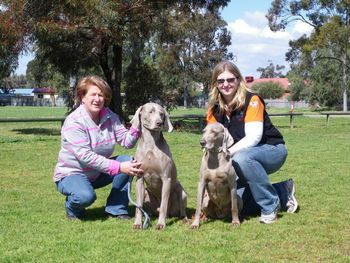 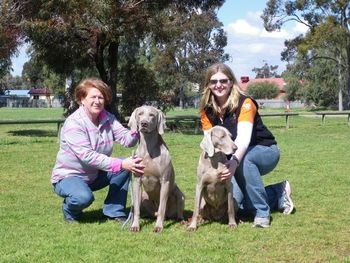 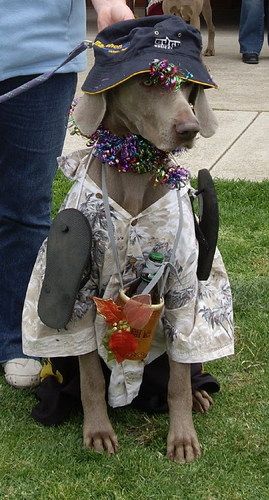 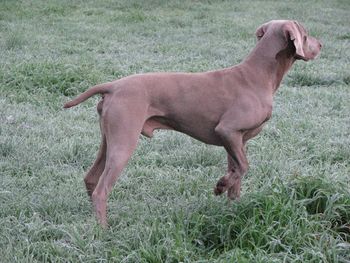 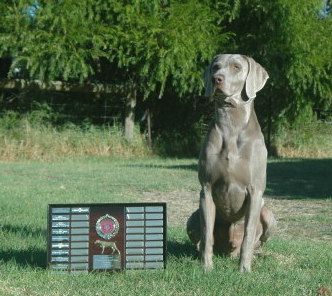 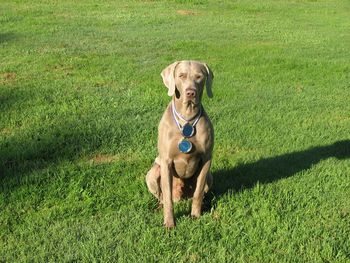 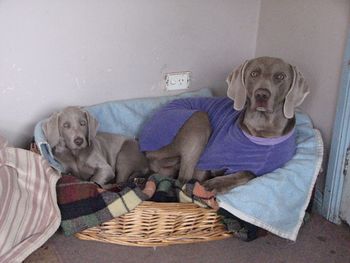 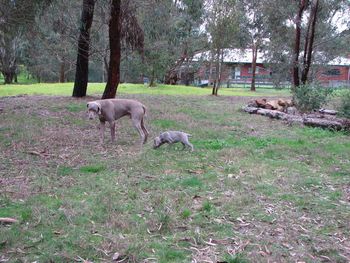 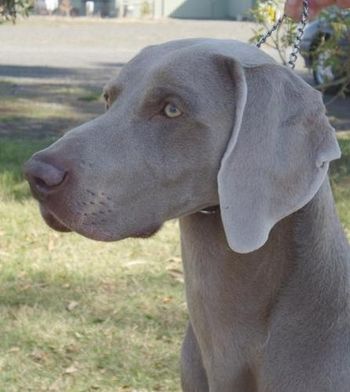 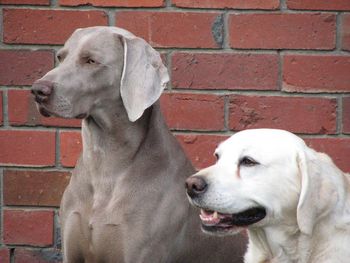 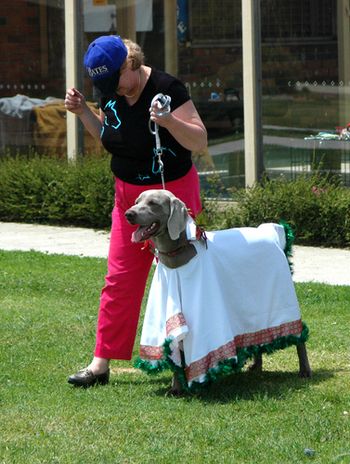 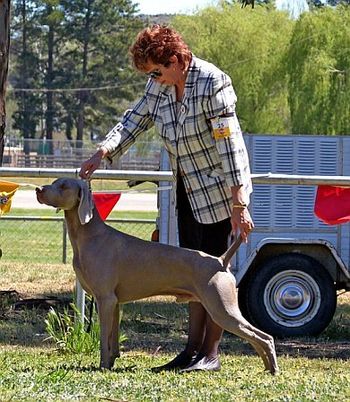 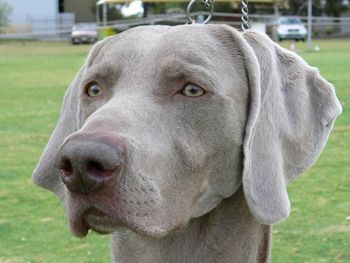 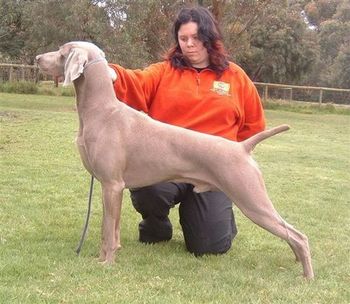 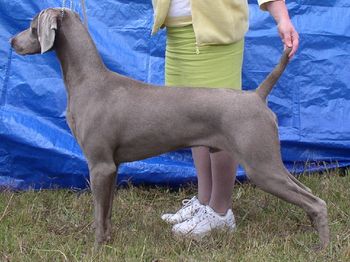 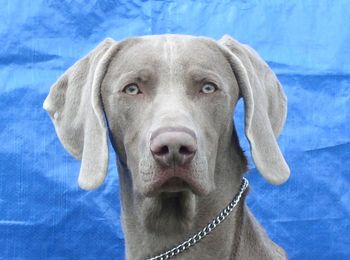 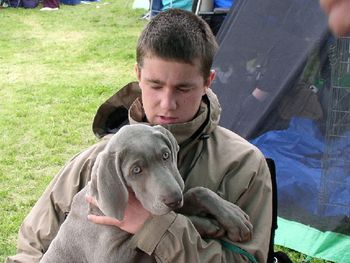 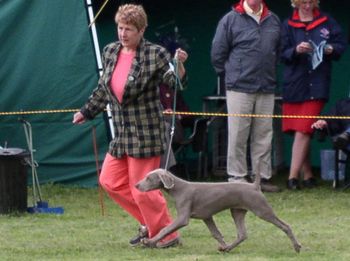 On the move 4 months 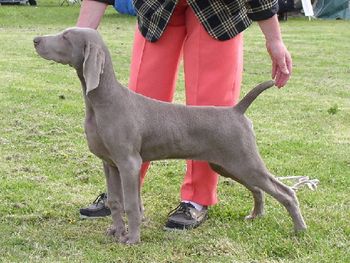 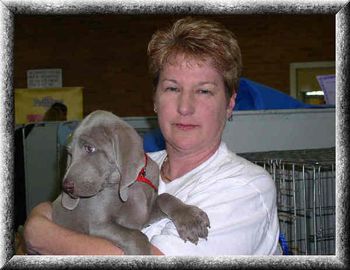 Riggs first day with us at Melbourne Royal 2003